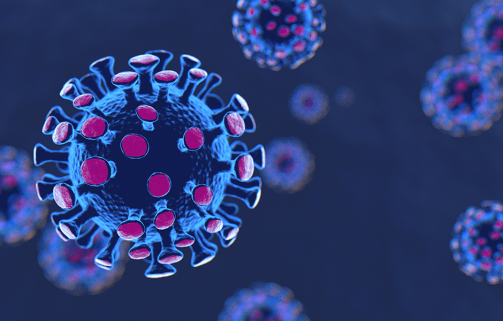 An interesting thing to consider at this point in time is the effectiveness of lockdowns, the costs they incurred on both income and lifestyle, and how that relates to the sudden imposition of mandated vaccines.

It is safe to say that for the relative majority, their political views are driven more by personal sentiment than a holistic assessment of the world as a whole, and accordingly, are governed mostly by localized feelings. That is to say, when COVID first arose, politicians “infected” one another with the fear of looking like the only leader to be less vigilant about the purported threat, and so one after another, overestimated statistics along with insufficient targeted quarantine led to some countries reporting large numbers of sicknesses and deaths (many actual from those with pre-existing conditions), which resulted in the rest of the nations that could, imposing strict lockdown procedures as well as other mechanisms to restrict the movement of civilian populations.

This was widely regarded as a necessary step by a majority of these populations, as combined with these foreign reports as well as the seemingly vigilant actions of neighbouring (and competing) political forces, the threat of COVID appearing on the average person’s doorstep became an imminent one.

However, a year and a half later, despite statistics still raging strong from different parts of the world, most people, again, driven by localized sentiment, are noticing that despite all the statistics and visuals and hyperbole, there has not really been a tangible threat to the average person’s life. In fact, the reaction to the threat of COVID appears to be becoming a larger inconvenience than COVID itself. That is to say that when the average person performs a cost assessment to their quality of life, it is slowly becoming apparent that the lockdowns and restrictions to freedom are impairing their lives more than they can tangibly see COVID doing.

This is because the cost of these lockdowns is unparalleled in modern history: though we view them as a necessary move towards saving people from infection, and perhaps, death, there is a statistically factual relation between earnings and deaths, and for any amount of money squandered, there is an associated percentage of people that will die. This is calculated through the aggregation of poverty, suicide, lack of food, shelter, or medicine, and various other conditions that are all proportionally a result of a lagging economy. Therefore, for every dollar lost due to lockdowns, there is an associated cost to human life. For the average person to support lockdowns, they must believe that this cost to life is proportionately more attractive than the deaths that would arise from COVID in the absence of lockdowns.

And as previously mentioned, initially, this cost was most certainly believed: if the whole world is taking this seriously, and thousands of people are dying from COVID, then the economic cost to life must be minimal compared to the potential deaths that would incur as a result of COVID being set loose.

But despite lockdowns, the cost to the economy, and therefore, cost to life, continues, while the cost of COVID still remains elusive for most people. Images of hospitals running out of ventilators and mass COVID graves have remained foreign intangibles, and as people have become increasingly desensitised to them, the question that begins to loom is, are the immense costs of lockdowns helpful given COVID does not seem to actually be presenting a tangible threat to the average person?

If the answer to this is no, that would mean that politicians were incorrect in hastily applying lockdowns in an effort to appear vigilant as opposed to implementing a localized, fiscally efficient mechanism to protect vulnerable groups while leaving everyone else alone. And if popular sentiment began to swing in that direction, the backlash that would ensue unto these politicians and their parties would be unprecedented; even those that vehemently supported lockdowns would switch to a narrative of blame, accusing politicians of misleading them, resulting in irrecoverable damages to an entire generation of people.

Families that could not visit loved ones during the last days of their lives, those that could only wed with singular numbers of guests, those that could not bury their departed with the just and fair flair they desired; those stranded in foreign countries, unable to return home due to closed borders; those that could not work and suffered immense financial hardship, those businesses that had to close due to bills overwhelming revenue; those who made willing sacrifices to their and their children’s freedoms in favour of safety – these are only a few of the costs incurred as a result of lockdowns.

And so, as we approach that tipping point where the localized costs of lockdowns are now overtaking the localized costs of COVID, we are introduced to vaccines, and a global push towards mandating them. And though much can be argued for vaccines, or against them, an important thing to consider is the alternative: the exit from this COVID fervour without a mandated vaccine.

That is to say, what if the vaccine were not mandated, but simply recommended, and a significant number of people did not get it. And everything returned to normal. What if the threat that drove all of these astronomical costs to the lives of millions of people suddenly became nearly irrelevant as it was determined that despite a significant number of people not being vaccinated, the costs of COVID were not as high as was presented, and therefore, invalidating the necessity of lockdowns?

As previously mentioned, this would result in a significant number of people in the populace, and a huge swing in sentiment, from being supportive of these leaders protecting us, to them being incompetent fools that have nearly irreversibly damaged the people that trusted them. The political risk of this is enormous.

It becomes, therefore, a political necessity for politicians who mandated lockdowns to push towards mandating vaccines, as if and when a significant number of people get vaccinated, and lockdowns are then eased, they may claim that it is the result of lockdowns and vaccinations that the threat has been successfully averted. This becomes a political success story, rather than suicide. But there is a timeline to this process: politicians must present a narrative where vaccines have saved people, and therefore, a significant number of people must be vaccinated before all freedoms are restored. But where large populations are refusing to get vaccinated, time continues to push towards the realization that the cost of lockdowns is greater than the cost of COVID. And should that tipping point occur, and a shift in sentiment happen, less and less people will be willing to follow any mandated actions predicated on the purported threat of COVID.

It is now a race: will enough people get vaccinated for politicians to justify historical lockdowns before a critical mass of people start to fight mandated prevention mechanisms? Or will sentiment begin to swell as more and more people begin to realize that the cost of lockdowns has far exceeded the purported threat of COVID?

And finally, if indeed the drive towards mandated vaccines is political in nature, in an effort to validate previously damaging actions, it behooves the most important follow up question: what if the vaccines prove to be equally damaging and unnecessary in retrospect? What will politicians need to do next to prevent this blunder from being realized? Or by that time, will they have all completed their terms, handing over the reins to someone else, washing their hands of the whole ordeal?

Will they claim that vaccines are ineffective because large swathes of people did not get vaccinated? Will they claim that new variants of COVID emerged due to the rebellion against vaccines? Will they scapegoat pharmaceutical companies or advisors? How far would they be willing to push the purported threat of COVID to avoid taking responsibility for their ineffective, previous politically driven actions?

COVID: Censorship at a Frightening Pace

A Conversation with the Future: The COVID Era
Scroll to top