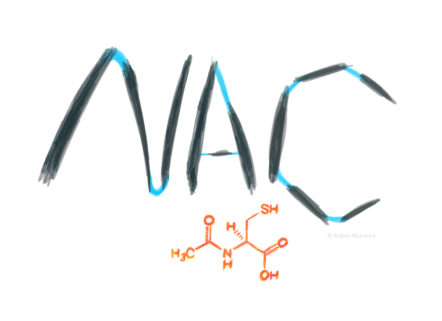 The Problem
People suffer from a number of mental ailments, both large and small, categorized independently as depression, mania, schizophrenia, anxiety, addiction, and panic, to name a few. These mental ailments go largely unchecked, observed as general moodiness and fluctuations. Much of the time, these irregularities vary from individual to individual but are generally caused by a combination of physiological and psychological factors. It is now proven that trauma, especially in childhood, whether it be stress, violence or abuse, can cause life-long changes in the way the chemicals in the brain operate. It can therefore be assumed that since most children suffer extreme stress at some point in their lives, a significant majority of adults suffer from chemical imbalances as a result. Aside from trauma, general variations in people’s different physiology will also lead to chemical imbalances that result in psychological problems.

The Science
There are a number of neurotransmitters in the brain that play a major role in how we think and feel on a minute by minute basis. Although there are a large number of these, the ones most commonly associated to mood are dopamine, serotonin, and endorphin.

Neurotransmitter irregularities are complex; there may be insufficient production of the compound itself (such as dopamine) or the receptors may behave incorrectly, preventing your brain from utilizing what readily available chemicals there already is. I have found that in my case, lack of neurotransmitters is not an issue (this is demonstrated by physical and mental irregularities created when excess amounts of any specific combination of these chemicals are introduced: the results are not normalizing, but rather trigger an extreme form of another unnatural state of mind generally combined with physical discomfort).

I have come to believe that the physiology of the production of these chemicals is less often the issue and the irregular workings of the receptors that react to these compounds plays a more significant role in persistent and long term psychological ailments. This also makes sense as these compounds are used in various parts of the body, not just the brain, and without other physical symptoms that correlate to a shortage of one such compound, assessing the receptors first may be a more sound approach. It is also safe to assume that the fragile workings of receptors in the brain that assist in translating chemicals into mood are likely more complex, and therefore, more prone to dysfunction than the comparably linear physiological production of any one compound.

Antagonizing Factors
As we have now isolated receptor irregularities as the plausible cause for a number of emotional and psychological problems, let us explore what we know scientifically about abnormalities found in patients suffering from a few of the major mental ailments (schizophrenia, mania, depression, bi-polar disorder):

Glutathione
Although there are other antagonizing factors, a discussion of NAC is necessarily focused on the star, glutathione. Glutathione is the most abundant anti-oxidant in the human body. It is so important, in fact, that scientists are now often predicting cellular health and lifespan based on how much glutathione is found in cells. The key here is that although we often hear lots about anti-oxidants in the body, it is rarely discussed with respect to the brain. Oxidation occurs in the brain as it does in the rest of the body, however in the brain rather than have unnoticeable physiological effects, it can directly impair mood, thinking, and a lack of glutathione in the brain is now linked directly to neurological dysfunction.

NAC is a precursor to glutathione; once in the blood, NAC soon breaks down into glutathione, increasing the amount of it your body has for use. If you generally have a shortage of it, especially in the brain, your natural state may encompass one of many psychological dysfunctions that you think just make up who you are; rather, these issues are directly related to your physiology.

Glutathione, unfortunately, cannot be ingested directly as it gets destroyed in the intestines. NAC, on the other hand, passes through the blood-brain barrier and has been proven to directly increase the amount of glutathione in the brain. One may then surmise that through the ingestion of NAC, one actively fuels their body to “detoxify their brain”, preventing oxidative stress from interrupting and damaging the fragile neural pathways within, and allowing your neurotransmitters and their receptors to behave as is intended.

Lactic Acid
Lactic acid is found wherever cells are not producing energy properly; it builds up when you do extreme exercise in your muscles, which is a natural biproduct of overexertion. However, when found in the brain, it can be a sign of mitochondrial dysfunction and has been linked to patients with psychological disorders.

NAC directly reduces lactic acid buildup, and is even used as a supplement for bodybuilders. In the case of psychology, as NAC travels the blood brain barrier, it can reduce lactic acid buildup in the brain as well. As lactic acid is a consequence of mitochondrial dysfunction (or overexertion), and mitochondrial dysfunction can be caused by oxidative stress, NAC’s effect in this regard may be directly linked to the increase in glutathione.

Inflammatory Cytokines
Inflammatory cytokines have been directly linked to patients with major depressive disorder. Cytokines inflame just as other parts of the body do when they react to infection – however when no infection exists, inflammation of cytokine proteins can cause psychological abnormalities, and has been linked to number of mental ailments, especially depression.

As inflammation can be a direct consequence of the damage caused by oxidizing agents, the increase in the anti-oxidant glutathione as a result of NAC supplementation may be the reason why NAC has been proven to reduce cytokine inflammation.

Again, the key here is a dramatic increase in glutathione.

Experienced Effects
I began taking large doses of NAC initially to create a buildup of glutathione in my system as quickly as possible. The toxicity of NAC is rated quite safe and aside from nausea (likely due to the high dose) I experienced no side effects.

Within 2 to 3 days, my moods began to normalize quite dramatically, and what small stresses could trigger the world falling seemed to lessen. I was not ‘high’, nor manic; it was a normalization that simply made me less reactive in a negative way to my environment and just seemed to calm me down. My creativity and drive was not affected, and I experienced no cloudiness or disassociation from myself. It felt, quite literally, like the engine of my mind was working as it should.

Dosage
As NAC is very cheap, I purchased a bottle from iHerb for approximately $6. Each pill is 600MG and I took 4 in the morning and 2 in the evening. However I feel this is likely a very strong dose and you are likely to feel quite nauseated as a result. My standard dose now is 2 in the morning and 2 in the evening. This equates approximately 2.4 grams of NAC per day which falls within the realm of most effective clinical studies. This equates to about $0.40 a day. My nausea has almost completely stopped at 2 pills per dose. The nausea takes the form of stomach discomfort and lasts approximately an hour and is greatly reduced if I consume NAC with food.

Recommendation
I recommend you purchase Doctor’s Best which I’ve found is the most effective brand for these sorts of pills:

If you’ve never shopped at iHerb before you can use this coupon RUN905 to get a discount. If you do this I will also get some sort of affiliate discount. But I’m not interested in profiting from your mental health, so do as you feel best.

I recommend that no matter who you are, you give this a try. As there are very rare side effects, if any, and it is extremely cheap, there is no reason not to try to see if your mind can use extra cleaning. Oxidative stress actively destroys cells; it happening in your brain should be lessened as much as possible so that you can operate as unhindered as possible.

If you do purchase it from iHerb, I suggest you also get another compound called L-Theanine:

With this, you would use only one pill every now and then, and it is used to have a similar effect in normalizing your mood; however this is not curative and its effectiveness is not as potent nor definite. It is good for reducing anxiety and panic – L-Theanine is extracted from green tea. You can alternatively soak 5-6 green teabags in a cup and drink for a stronger effect (as L-Theanine works synergistically with caffeine) but you then have the problem of having consumed lots of caffeine. I generally take this in conjunction with my morning NAC dose to supplement what positive effects the NAC has.

Please note that I am not a doctor and if you have any doubts about any of this, check with your doctor. Keywords: depression, schizophrenia, major depressive disorder, bi-polar, mania, manic, herbal, herb, herbal cure, herbal supplement, natural cure for depression, natural cure for schizophrenia, natural cure for bi-polar disorder, herbs depression
https://www.robinmurarka.com/wp-content/uploads/2017/11/NAC-N-Acetyl-Cysteine-Depression-Schizophrenia.jpg 1025 1410 Robin Murarka https://www.robinmurarka.com/wp-content/uploads/2017/09/asdassd.png Robin Murarka2017-11-27 06:33:062019-06-15 06:51:25NAC (N-Acetyl Cysteine): The Wonder Pill for Mental Wellness in Anxiety & Depression

The Journal of Andrew Medcaf
Scroll to top